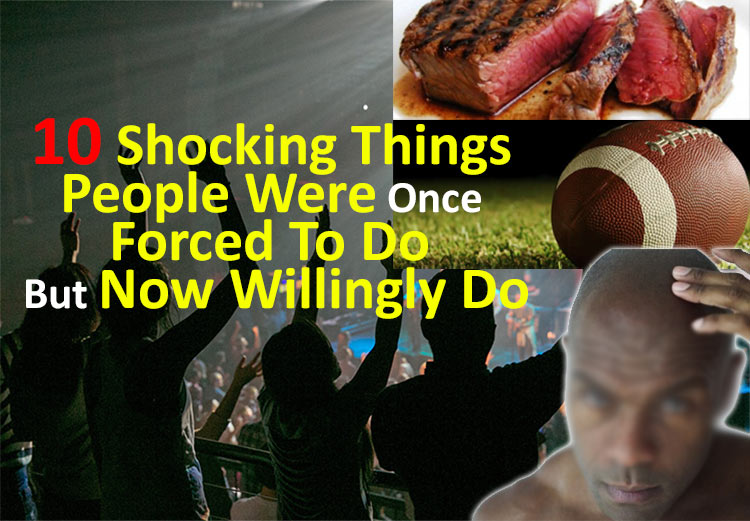 A lot of people are not aware of the history behind the now common and now trending activities that we do on an every day or every week basis.

Many of you will be shocked to learn, through the Bible and history records, about the list of things that we have compiled that people were once forced to do, against their will (beginning with captivity), but now today the same things are considered trendy and accepted by many.

People today not only visit naturalist spots or nudist resorts, but even fight and protest to go topless or even full nude in the public not knowing this was a tool of punishment, shame and even entertainment that was all at the expense of your demise.

Women were once shamed and forced to walk through cities nude as a form of shame for believed witchcraft or for breaking man’s tradition.

In Greece, there were slaves and prostitutes even made up of women, girls and even men and boys who were forced to go nude and entertain their Greek captors and as well as sexual acts were performed on them after their nude dance and performances that they were forced to do.

Athletic nudity, artistic nudity and female and male prostitution were all apart of what was called Pederasty in ancient Greece.

Women, men and children also were forced to go nude in the Arab Slave Trade as well as the Trans-Atlantic Slave Trade.

At one point and time when enemies would conquer a land, they would force those that kept God’s laws to eat pork (called swines flesh). The Greeks are recorded in the Bible as forcing the Hebrew Israelites to eat pork against their will which was against God’s law.

Today, people willingly eat and enjoy bacon, pork chops, pork ribs, pig feet and more of what God tells us in the Bible is unclean to us.

It was man’s tradition, not God’s tradition, that all those that once kept God’s laws leave their God behind and worship other God’s within Greek churches in Corinth and other biblical locations. Christ, St. Paul and disciples alike spoke to those during his ‘first coming’ about returning back to God’s laws and not the laws of man’s churches.

For the priest’s lips should keep knowledge, and they should seek the law at his mouth: for he is the messenger of the LORD of hosts.

Wherefore come out from among them, and be ye separate, saith the Lord, and touch not the unclean thing; and I will receive you.

The gymnasium in Ancient Greece was a training facility for competitors in public sports games ranging from gymnastics to wrestling, boxing, track & field and ball games. The name gymnasium comes from the Ancient Greek term gymnós meaning “naked” because the athletes, men and women and youth, trained and competed in the nude.

The custom of naked athletics and related naked rituals called Gymnopaedia was introduced in 668 BC. Along with athletic nudity came artistic nudity and female and male prostitution called Pederasty in ancient Greece.

In Athens there were three great public gymnasia: the Academy, the Lyceum and the Cynosarges, each of which was dedicated to a deity whose statue adorned the structure.

5) Shaving Your Head and Beard

Along with the introduction of naked athletic sports came the introduction of men shaving their heads and faces bald while women dressed as men associated highly with Sparta women. Sparta was known to prefer women to race in track & field nude at times and wearing men’s clothing at other times.

Those raised in Sparta were the exception, where they were trained in the same athletic events as boys, because Spartans believed that strong women would produce strong future warriors. These girl athletes were unmarried and competed nude or wearing short dresses. Boys were allowed to watch the athletes, in the hopes of creating marriages and offspring.

The bald face and heads were used as forms of shame as mentioned in the Bible and later as tradition. Greek men preferred young male prostitutes to be clean faced.

God commands a man to not shave his head or face. A beard in biblical times was considered a badge of manly dignity.

In the Bible the wearing of pants having the buttocks showing was a form of shaming and this wasn’t the only time that pants sagged. Slaves were humiliated by being walked down the street wearing sagging pants as their butt cheeks were publicly displayed as well as during lynchings.

7) Sleeping around with multiple sex partners

In biblical day if a man and woman lie with one another they, according to the bible, would become one flesh and with the woman now having a husband and the man told to surely endow her to be his wife.

And if a man entice a maid that is not betrothed, and lie with her, he shall surely endow her to be his wife.

Becoming one flesh, the two were considered married by God’s law.

At a time when God’s children did not obey God’s laws, God said that a plague would come upon them where a man would have a wife but in slavery another man would lie with her.

Thou shalt betroth a wife, and another man shall lie with her: thou shalt build an house, and thou shalt not dwell therein: thou shalt plant a vineyard, and shalt not gather the grapes thereof. Deut 28:30

So, you see, in slavery and bondage, women, even when married and commanded not to lie multiple men, were once forced to do so but today it is traditionally lawful and even a trend for both men and women to date and have multiple partners.

Greek festival – Those that believed in God and followed God laws were forced to follow the traditions of their captors and to adapt to Greek and pagan ways. At some point the day we call God’s Sabbath day was changed by Constantine to Sunday following the death of Christ.

Still til this day, Americans and ‘so-called’ Christians still observe Sunday as the day as God’s Holy Sabbath day.

People were once forced to not acknowledge the Sabbath day and to work daily in lands such as Egypt, Babylon, Greece and Rome. Even the fact that slaves were given Sunday off does not excuse the matter because every Sunday is not the Sabbath day, this goes back to the Roman leader Constantine who changed the Sabbath day to Sun day.

If you like fatty foods such as ground beef, fatback and also love rare, medium rare meat like steak, then the Bible has a verse for you.

It shall be a perpetual statute for your generations throughout all your dwellings, that ye eat neither fat nor blood. Leviticus 3:17 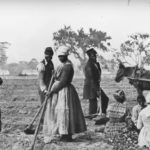 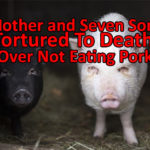 Behold, he breaketh down, and it cannot be built again: he shutteth up a man, and there can be no opening. (JOB:12:14 )