Deuteronomy 28:37 King James Version (KJV)
37 And thou shalt become an astonishment, a proverb, and a byword, among all nations whither the Lord shall lead thee.

Cartoon from Puck, August 9, 1899. Uncle Sam sees hyphenated voters and asks, “Why should I let these freaks cast whole ballots when they are only half Americans?”

In the United States, the term hyphenated American is an epithet commonly used from 1890 to 1920 to disparage Americans who were of foreign birth or origin, and who displayed an allegiance to a foreign country. It was most commonly used to disparage German Americans or Irish Americans (Catholics) who called for U.S. neutrality in World War I. Former President Theodore Roosevelt was an outspoken anti-hyphenate and Woodrow Wilson followed suit.[1]

The term “hyphenated American” was published by 1889,[2] and was common as a derogatory term by 1904. During World War I the issue arose of the primary political loyalty of ethnic groups with close ties to Europe, especially German Americans and also Irish Americans. Former President Theodore Roosevelt in speaking to the largely Irish Catholic Knights of Columbus at Carnegie Hall on Columbus Day 1915, asserted that,[3]

President Woodrow Wilson regarded “hyphenated Americans” with suspicion, saying, “Any man who carries a hyphen about with him carries a dagger that he is ready to plunge into the vitals of this Republic whenever he gets ready.”[4][5][6]

The first term typically indicates a region or culture of origin ancestry paired with “American”. Examples:

The hyphen is employed when the compound term is used as an adjective.[8] Hence, correct forms include an African American and an African-American man.

The linguistic construction functionally indicates ancestry, but also may connote a sense that these individuals straddle two worlds—one experience is specific to their unique ethnic identity, while the other is the broader multicultural amalgam that is Americana.

In relation to Latin America

Latin America includes most of the Western Hemisphere south of the United States, including Mexico, Central America, South America and (in some cases) the Caribbean. U.S. nationals with origins in Latin America are often referred to as Hispanic or Latino Americans, or by their specific country of origin, e.g., Mexican Americans, Puerto Ricans and Cuban Americans.

By contrast, other groups have embraced the hyphen, arguing that the American identity is compatible with alternative identities and that the mixture of identities within the United States strengthens the nation rather than weakens it.

‘European American,’ as opposed to White or Caucasian, has been coined in response to the increasing racial and ethnic diversity of the U.S., as well as to this diversity moving more into the mainstream of the society in the latter half of the 20th century. The term distinguishes whites of European ancestry from those of other ancestries. In 1977, it was proposed that the term “European American” replace “white” as a racial label in the U.S. Census, although this was not done. The term “European American” is not in popular use in the U.S. among the general public or in the mass media, and the terms “white” or “white American” are commonly used instead. 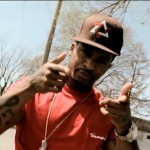 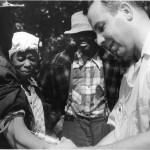 I wisdom dwell with prudence, and find out knowledge of witty inventions. (PROVERBS:8:12 )